A Look at the FX Industry - An Interview with FuseFX CEO, David Altenau

While not a display-centric industry, visual or special effects are in all kinds of media we consume today, so I recently took the opportunity to take the pulse of this industry in a conversation with FuseFX CEO, David Altenau.

To better understand how visual effects are used on these platforms, you have to check out the clips on the company’s home page (warning – the American Horror clips are pretty gruesome, but the water and Hell on Wheels reel are quite illustrative of the process). The company is currently working on about 40 projects across these genres.

To start the discussion, I asked Altenau to describe what has happened over the last 5 years in terms of business, technology and creative. He started his response by describing how the business of visual effects has been dramatically altered in the last decade. Anyone in Hollywood knows this, but maybe not a lot of other people.

He explained that the institution of special tax rebates and incentives in cities like Vancouver, New York, London and other places has been extremely effective in moving talent and business to those locations. While Hollywood remains the creative epicenter of the industry, there has been a mass exodus of operational people to those locations. He noted that in Vancouver for example, you can achieve nearly a 50% tax rebate/incentive combination to perform FX services in the city. That’s hugely compelling.

Nevertheless, Altenau says he started FuseFX in Burbank in 2006, but only recently has it established offices in Vancouver and New York. While the incentives are enticing, he said it was current customers that liked working with them and “suggested” the company establish local offices to support locally shot films and movies. 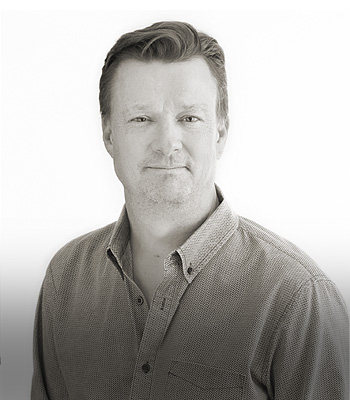 Technology has made the move to these new locations feasible. Offices in the Burbank campus are connected by fiber optics as well as the new offices in New York and Vancouver. This enables the sharing or transfer of massive files in real time.  In addition, the company is now using Amazon cloud services to enhance its rendering capabilities in a secure manner and to add processing horsepower on an as-needed basis. A company called Bracket manages this aspect.

“Just last week we needed to add a couple of hundred processors to expedite rendering a job. We were able to implement cloud-based rendering using Bracket technology to complete the work”, explained Altenau. “Once done, we turned them off. This sort of capability adds flexibility to our operations, but is not necessarily cost saving”.

He said that they are still evaluating the cost of this business model vs. investing in the server farms on their own premises. The latter means the company has to have a capital budget to create an air-conditioned room, performance maintenance, and upgrades, etc. And while they have full control this way, they can’t quickly add or remove capacity as needed.

“This virtualization model adds operational flexibility, but it does not really create any new creative opportunities for us”, he explained. “Visual effects development is an iterative process. You do something, render and review, and continue tweaking until all agree it is good enough. This process can only partly be facilitated by high-speed connections between remote locations. These are creative people so having them all in the same room looking at the same image is still the best process. It provides nuance to the creative process and I don’t see that changing”, said Altenau.

The company is also proud of the high-quality talent it has hired and the tools and processes it has developed. “For a TV production, you typically have 7-21 days from the edit to the time you have to deliver. Sometimes the visual effects are straight forward but sometimes they can be quite challenging. You don’t really have the time to explore a method to find out if it leads to a dead end as you can do with movies, where there is a long post-production period. That’s where experience, great talent, and good tool sets come in”.

Altenau also told me the company has just finished its first 4K-UHD TV pilot for Amazon called “Point of Honor”. This was shot, edited and finished in UltraHD for the first time, he said, noting that they have done some UltraHD work before, but the project was always finished in 2K. The company’s pipeline is now fully 4K-UHD capable.

Some of the newest and most creative FX visuals and tools are developed for movies, but these do migrate to episodic television, commercials, and games. But the time frame is fairly long: 5-10 years. Altenau pointed to the rendering of the water in the movie A Perfect Storm. “That was state of the art when this movie came out nearly 10 years ago and that capability can only now be done routinely on TV shows”, said Altenau.